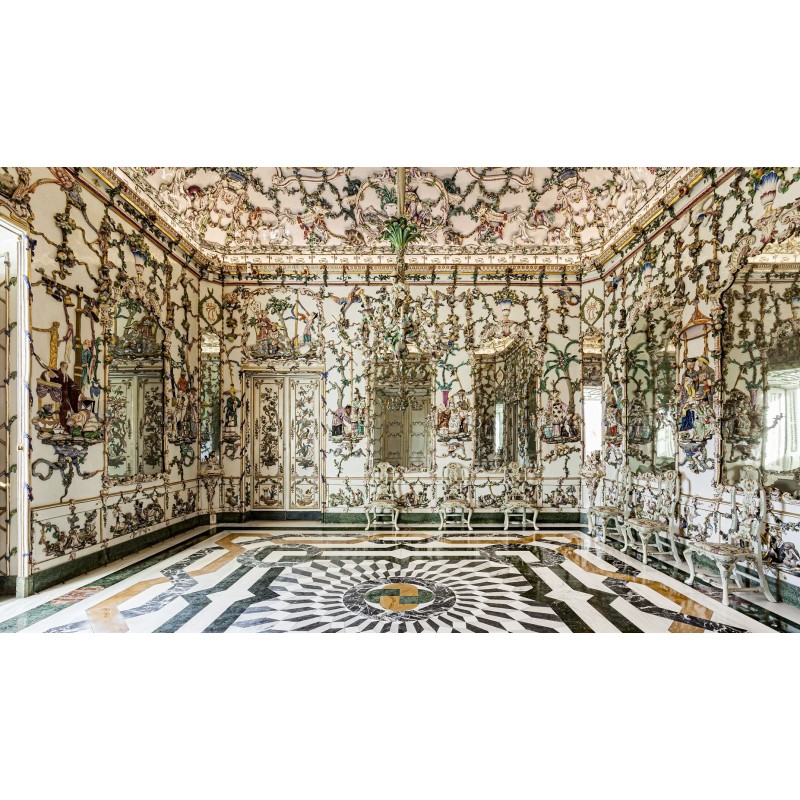 Our guided tour of the Palace of Aranjuez will take you through its beautifully decorated rooms.

There will be also time for a stroll through the gardens.Length of the tour: 5 hours (since we leave until we return to Madrid)

The Aranjuez Royal Palace is one of the residences of the Spanish Royal Family, located in the Royal Site and Town of Aranjuez, on the banks of the Tagus River. The vast gardens, created to beautify this royal residence located on the arid and dry plateau of central Spain, and irrigated with the waters of the Tagus and Jarama rivers, achieved renown thanks to the famous Aranjuez Concert by Joaquin Rodrigo, considered the most listened spanish musical composition in the world.

Located between the Tagus and Jarama rivers, it was used as a royal residence since the time of Ferdinand and Isabella.Philip II began the construction of the palace with the same architects of El Escorial, Juan Bautista de Toledo and Juan de Herrera, and it was finished in the reign of Ferdinand VI, with the addition of two wings at the time of Charles III. Among its most magnificent rooms, the Porcelain (or Chinese) Room and the King´s Smoking Room (a copy of a room of the Alhambra Palace in Granada) are worth of mention.Palace of Aranjuez opening hours: