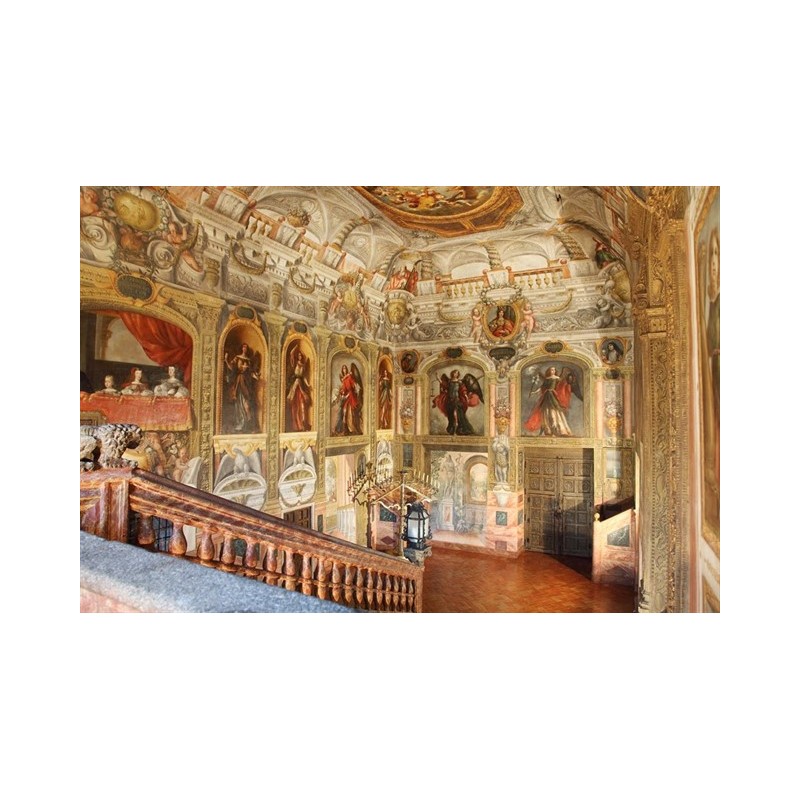 Our guided tour will take you through this former palace, transformed into a convent by Joanna of Austria, daughter of Emperor Charles V. Together with your expert local guide, you will get to admire its collections of religious paintings, sculptures and gold and silver work, as well as a collection of XVII th century Flemish tapestries from cartoons by Rubens.Length of the tour: 1h 30min.

The Monastery of Descalzas Reales in Madrid occupies the old palace where Joanna of Austria, the daughter of Emperor Charles V and Isabel of Portugal, was born in 1535. Widow of Prince Juan Manuel of Portugal, Joanna came back to Spain and founded in 1557 this Franciscan convent of Poor Clares Discalced. She is buried in the chuch of the monastery, a praying funerary sculpture by Pompey Leoni over her tomb.In this monastery for ladies of the royal family, lived Dona Juana and also her sister Mary, Dowager Empress, who died here in 1603. Seventeenth century frescoes are preserved in the main staircase and in the Chapel of the Miracle, and there are also notable tapestries woven in Brussels from cartoons by Rubens, representing the Apotheosis of the Eucharist, commissioned for the convent by the daughter of Philip II, the Infanta Isabel Clara Eugenia, Governor of the Netherlands.Descalzas Reales Monastery opening hours:CLOSED UNTIL FURTHER NOTICEFor more information on bookings and ticket prices for individuals, touristic groups and educational groups, as well as for rules due to COVID-19, see the museum official website: www.patrimonionacional.es