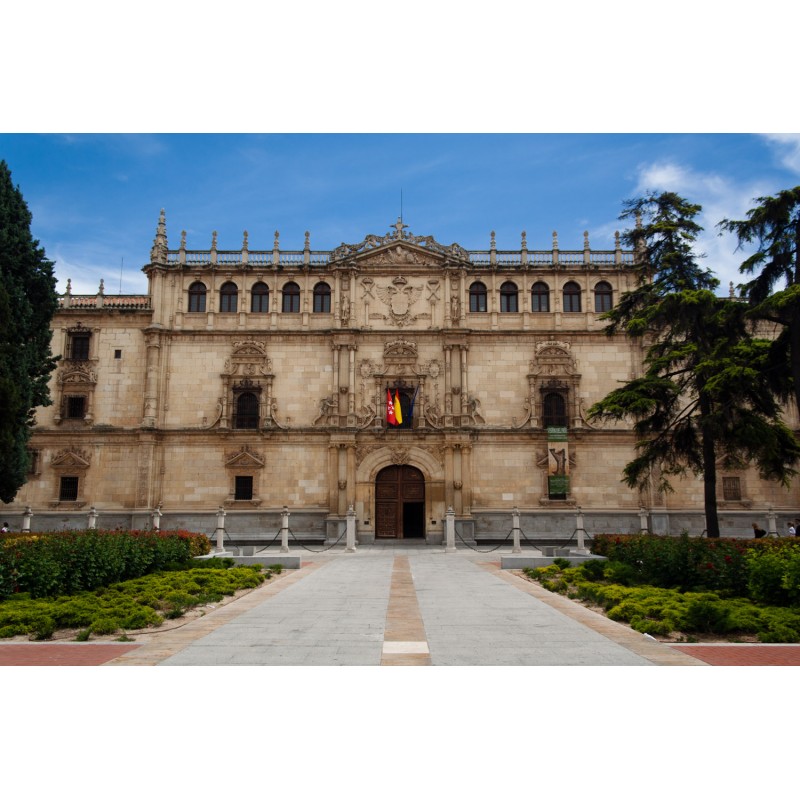 In our guided tour to Alcala de Henares, we´ll take a walk through the old town, to see its famous University, its Magistral-Cathedral Church, its arcaded main street, and very especially the birth-house of famous writer Cervantes.Length of the tour: 5 hours (since we leave until we return to Madrid)

Its name means "castle on the river Henares", therefore a castle on waves of water appears on its shield. Its creation dates back to the Celtiberian (Ikesankom Kombouto or Iplacea) but it will be with the arrival of the Romans when it will become a remarkable city called Complutum. In the Middle Ages, three cultures came to live simultaneously in the city: Jews, Muslims and Christians.Thanks to the importance of its historic site, this city is one of the nine cities in Spain that Unesco has classified as unique, declaring it a World Heritage City in 1998.It is famous for its university, founded by Cardinal Cisneros on April 13, 1499, and for being the birth-place of Cervantes.

The motto or slogan "City of knowledge" is being reported as identifying the city.