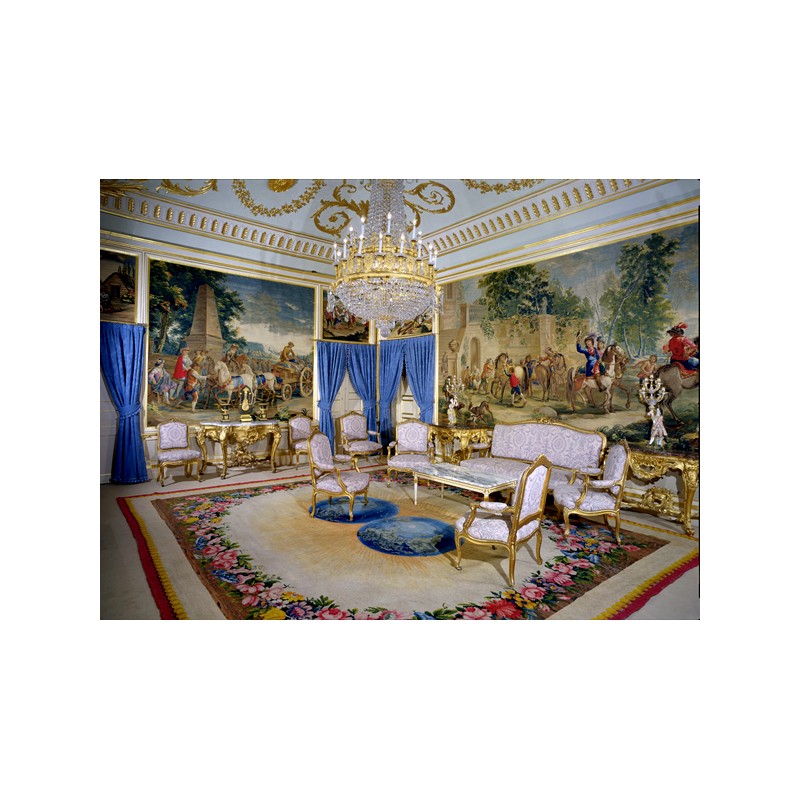 In our guided tour of the Palace of El Pardo, we will show you its beautiful rooms decorated with a fantastic collection of tapestries from the Santa Barbara factory in Madrid, many of them woven from cartoons by Goya.length of the tour: 3 hours (from departure until return to Madrid)

Right outside of Madrid, a small XVth century castle that became a hunting palace in the XVIth century, and was later made bigger in the XVIIIth century by the Bourbon kings, and embellished with magnificent tapestries, many of them from cartoons by Goya.

Since 1983, it is the residence for Heads of State during their official visits to Madrid.

For more infornation about opening hours and booking of tickets for groups or individuals, see the Museum website: www.patrimonionacional.es