Madrid of writers and poets, on foot 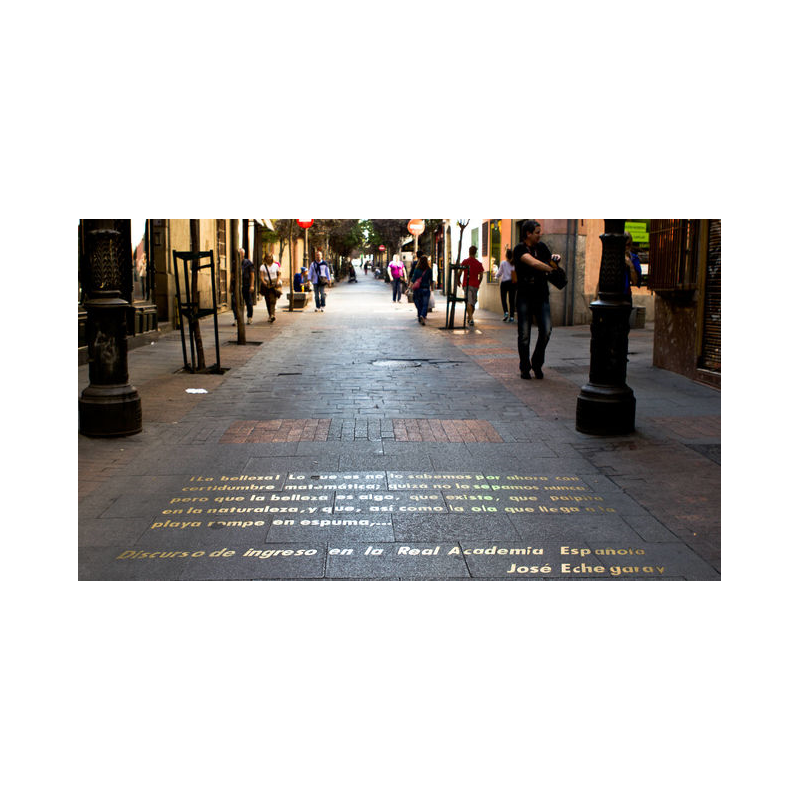 Our guided tour will take you for a walk through the neighborhood of Madrid in which our most important writers of the seventeenth century lived, discovering its narrow streets and major buildings, with some time too to take pictures and enjoy the very special flavour of this part of old Madrid.Length of the tour: 2 hours

A walk through the streets of Madrid in which the most important writers of the Spanish Golden Age (Cervantes, Lope de Vega, Calderon de la Barca, Góngora, Quevedo) and the Spanish Romantism (Becquer, Cadalso) lived.From the Plaza Mayor (Main Square) we shall go to the Angel square, Santa Ana square, Prado street (the Athenaeum), Huertas street, crossing the streets that bear the names of famous writers, and we shall see the places where they lived (Lope de Vega´s house) and where they were buried (Convent of the Trinity, Church of San Sebastian), as well as the locations of the main theaters in the Madrid of the seventeenth-century.